Which ANNA will you choose?

Choose your ANNA and enter a world where you live in nature. Holenberg is the first location in the world where you can spend the night in ANNA. In addition to ANNA Origin, there are 4 new ANNAs, situated in unique locations in the forest.

ANNA Origin is the prototype of ANNA and tells the story of a dream that came true. This is the first ANNA that has been built by designer Caspar Schols after he built his first cabin for his mother. ANNA Origin is somewhat rawer and more authentic. She takes you along in the first thoughts of the designer to live together with nature. The four latest ANNAs differ in terms of location and are named after plants that are typical for the Holenberg forest.

more about peace and quiet at Holenberg 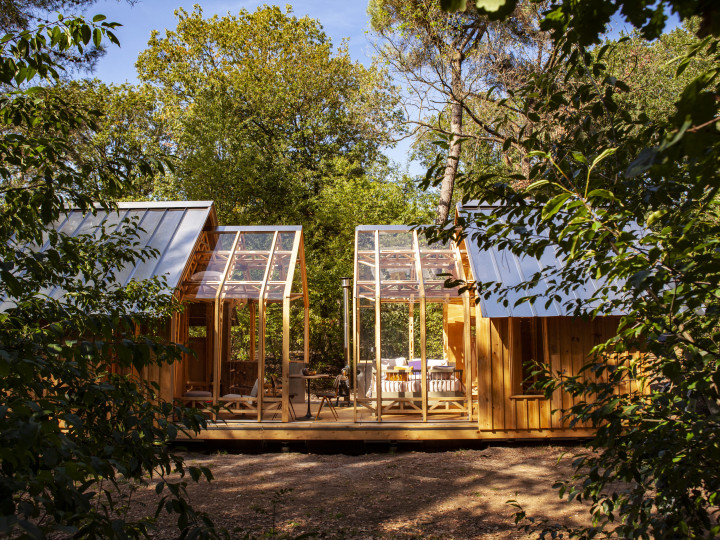 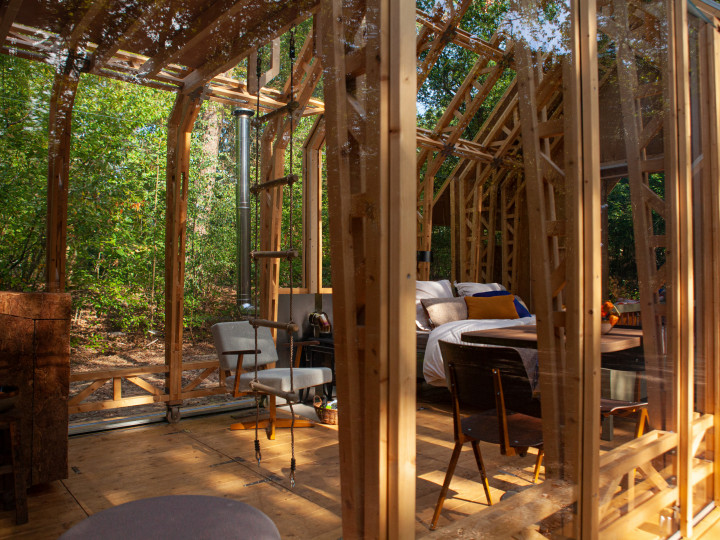 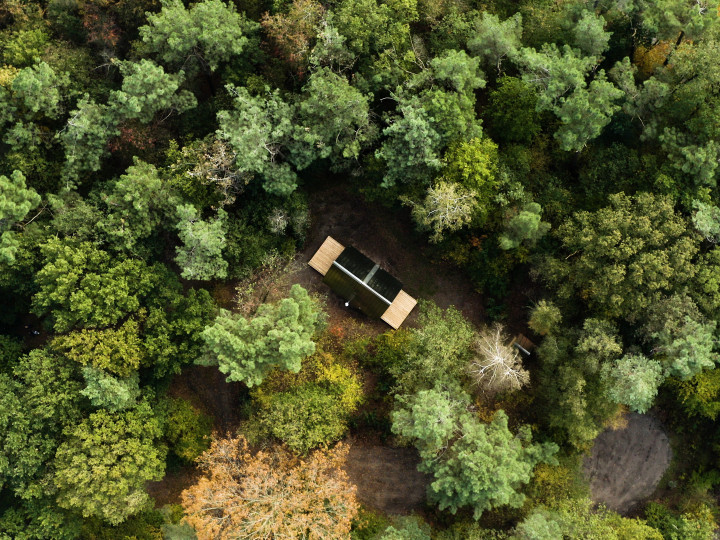 ANNA Origin is the prototype of ANNA and located behind a large drifting dune that runs through the forest. Here’s where the story of ANNA started. Designer Caspar Schols built this cabin as a second experiment (after the first one that he built for his mother) in his search for the perfect cabin in connection with nature. The ‘primitive' experience of ANNA Origin has an authentic charm that makes an overnight stay extra special. In the landscape, there’s a transition from forest to sand drift. The location offers a beautiful deep view into the forest where you’ll see maritime pines and various types of Scots pines. You’ll also encounter ornamental grasses, shrubs, and bushes. ANNA Origin has a spacious bath in the floor and is equipped with a simple yet complete and movable kitchen unit. The toilet and shower are located outside in separate units next to the cabin. 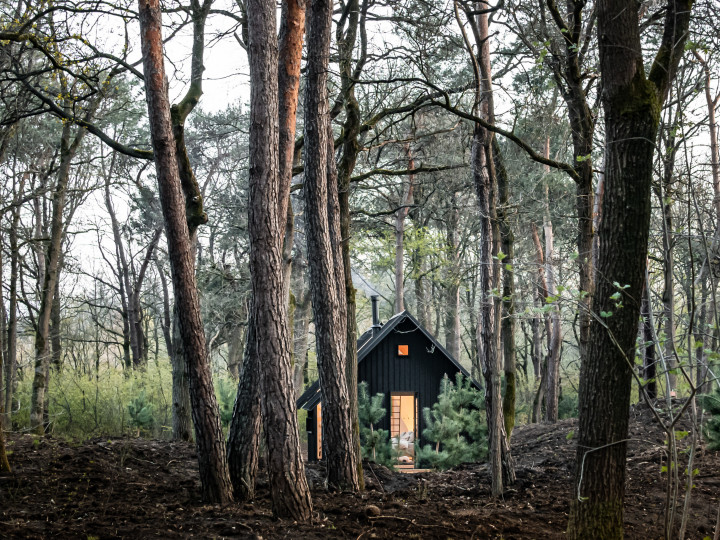 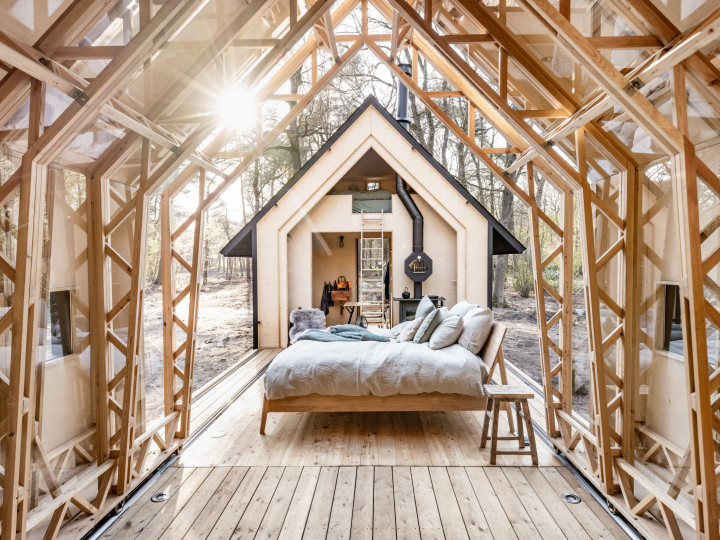 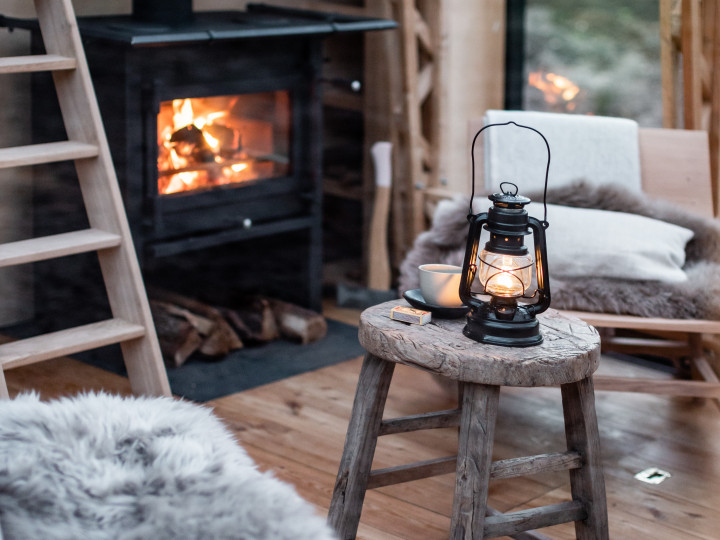 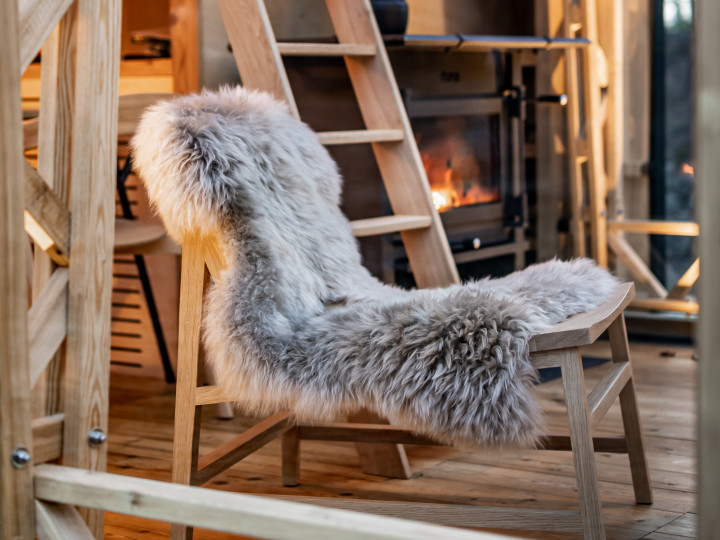 The beautiful Holenberg forest is home to four new ANNAs. ANNA Ulex, ANNA Quercus, ANNA Molinia and ANNA Cytisus. All ANNAs are constructed in the same way, with a small kitchen, a Jacobus Kook heater, a spacious bath hidden in the floor and a shower and toilet within the cabin. All ANNAs are situated in beautiful forestry surroundings with plenty of privacy. The only difference between the ANNAs are the different arrival and departure days. ANNA Ulex and Quercus have different arrival days than ANNA Molinia and Cytisus. ANNA Cytisus is located closest to the camping and its facilities like the swimming pond and playground, which are also accessible for you. Please keep in mind that during high season, you can hear most of the camping guests during your stay in this cabin.

* Minimum stay is two nights. Rates are including breakfast and excluding cleaning costs (€ 35 per booking), tourist taxes (€ 1.50 p.p.p.n) and booking fees (€ 5 per booking). The general terms and conditions apply. Besides your toothbrush and proper outdoor clothes you don’t have to bring anything. Everything has been thought of. If you’d like to, plenty of cooking can be done!

Holenberg has been very popular since opening, for which we are incredibly grateful. Due to the many bookings there is little availability in the upcoming months. Sometimes there is a cancellation, which makes it possible to still make a reservation. Do you want to be the first to hear about new availability? Then sign up for our waiting list. We will regularly announce vacant dates via e-mail, so you can be the first to book!

Questions and answers about making a reservation

All ANNAs are situated in beautiful forestry surroundings with plenty of privacy. The only difference between the ANNAs are the different arrival and departure days. ANNA Ulex and Quercus have different arrival days than ANNA Molinia and Cytisus. ANNA Origin is the first ANNA that is built in Caspar Schols’ search for the perfect cabin. ANNA Origin offers a more primitive experience than the latest ANNAs and has an authentic charm that makes an overnight stay extra special.

The pure experience of nature comes first during your stay at Holenberg. To really offer this experience, there is a minimum stay of two nights. Your stay in nature is a moment for yourself, a moment to unwind with your loved ones in a natural environment. During your stay you will notice that there is simply too much to enjoy for a stay of a single night.

We can finalize our booking if the first half of the payment is made within one week after booking. We ask you to pay the second half two weeks before your arrival. In the booking confirmation you will receive all information about the payment, including a link to make the payment directly. If your stay is within 2 weeks, we ask you to pay the full amount in advance.

The maximum occupation per ANNA is 2 adults and 2 children up to age 17. For groups of three adults or more, you will need to book a second ANNA.

Yes, this is possible in ANNA Origin. Do keep in mind that with two large dogs the space in the cabin will be more limited.